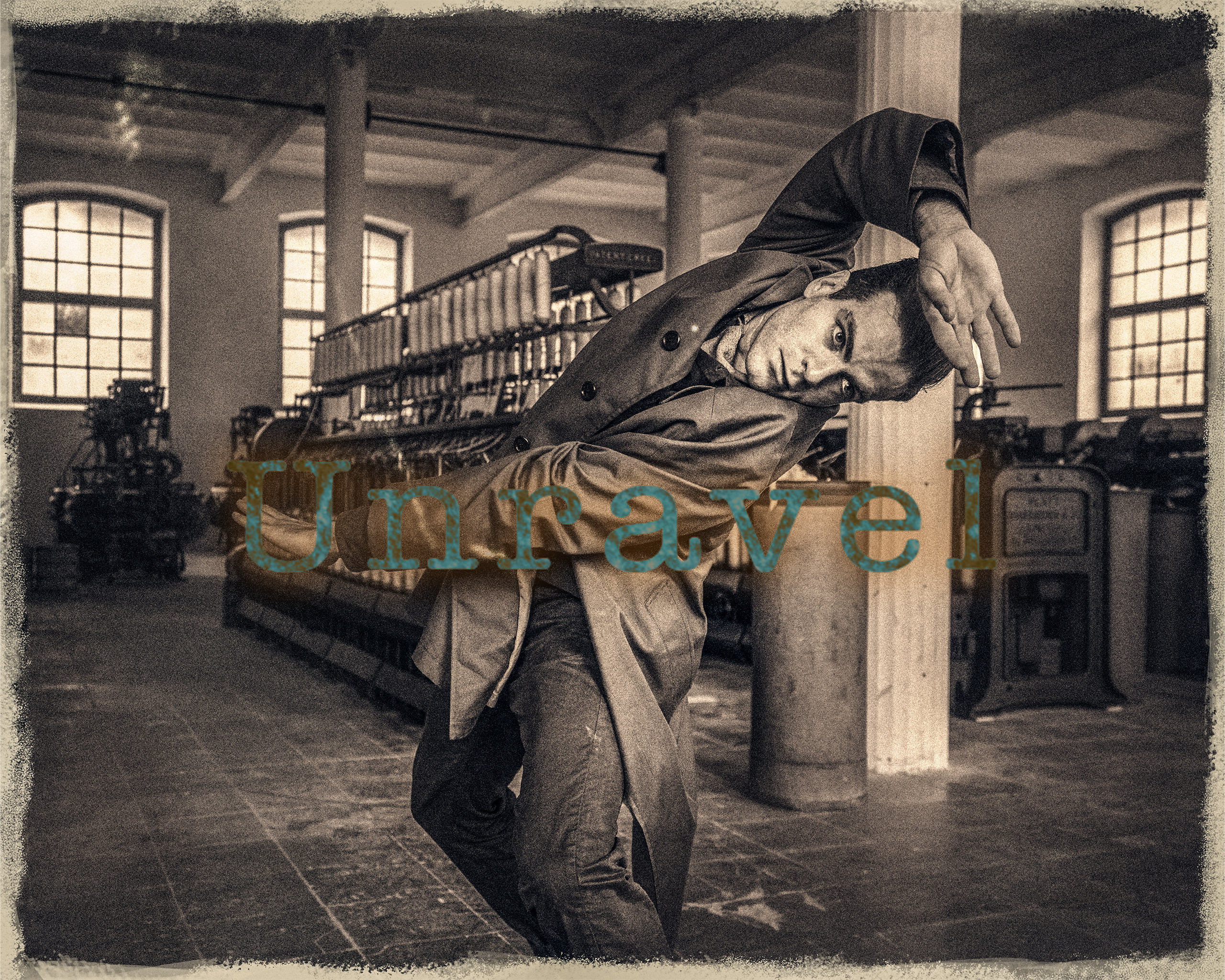 – To unravel memory with its darkness
to see their lights too –

Inspired by the figure of the spinners worker and based on the testimonies of the spinning factories workers, Unravel questions the dichotomy between modernization and dehumanization, between the automatism of actions and human behavior. In this piece, human fragility is exposed unraveling the collective memory of a generation, of which we are heirs, like the perfectly braided thread formed by a thousand cotton fibers.

Through the context of spinning, industrialization and ultimately an important part of our history, we want to oppose the two faces of progress. A present and transversal dichotomy in many different societies and cultures. Undeniably, it is a context with its lights and shadows that gives us the opportunity to learn where we come from as well as to understand what other societies live in the present.

Nevertheless, even though working and living conditions were not easy; it was a revolutionary socio-cultural and economic phenomenon that in spite of everything, changed the generations that have come after. In this sense, it is important to unweave the memory with its darkness in order to see the lights as well.

This piece, of historical rigor, navigates between current topics such as labor and gender conditions, offering a representation through a contemporary prism. 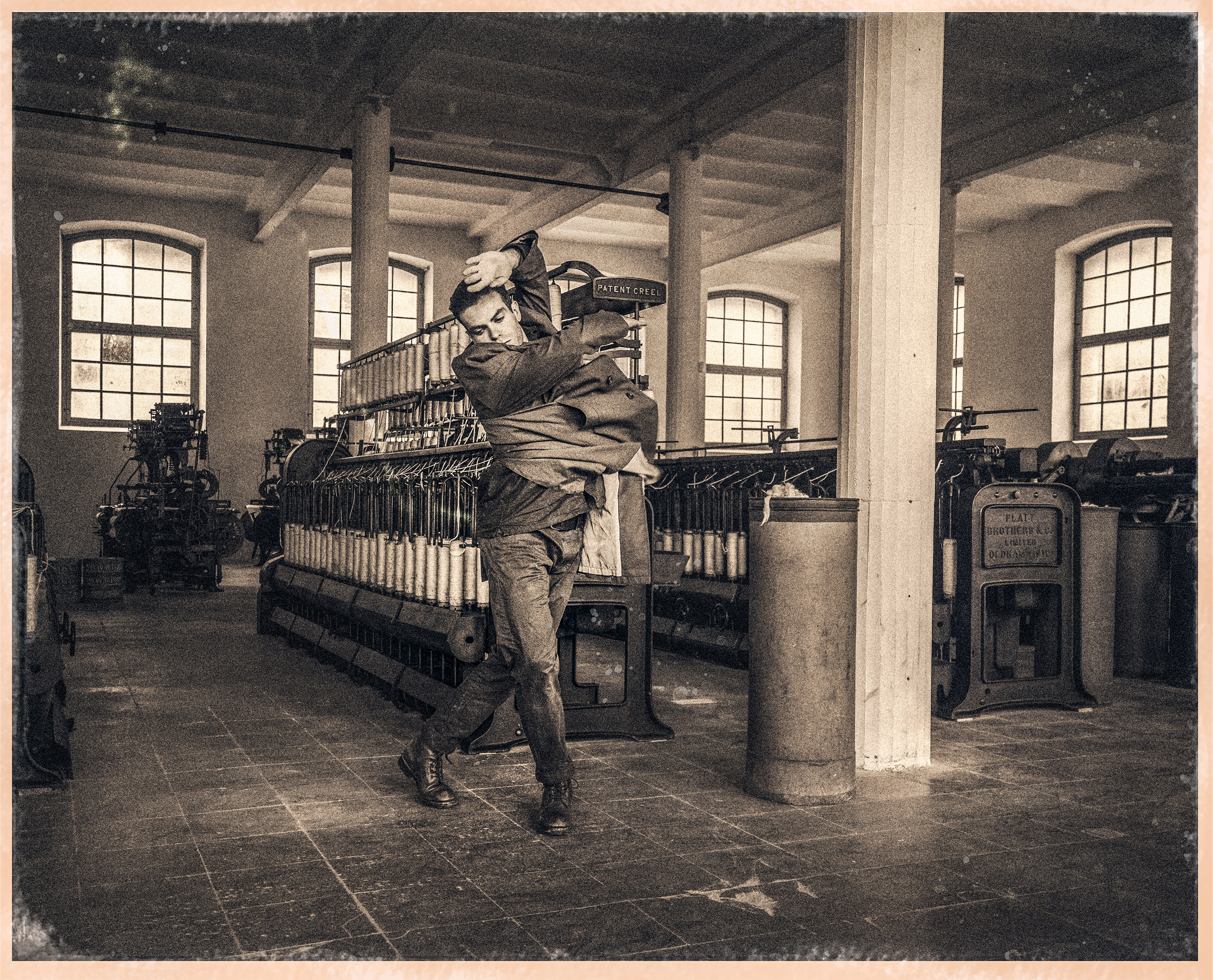 Àngel Duran knows how to use this vulnerability with a careful movement, which transforms into an argument and a character that confirms the starting point of a debate, which is time to be openly assumed

Accompaniment to the production: Elclimamola

With the support of the Museu del Ter, Museu colònia Vidal and TLS Vic 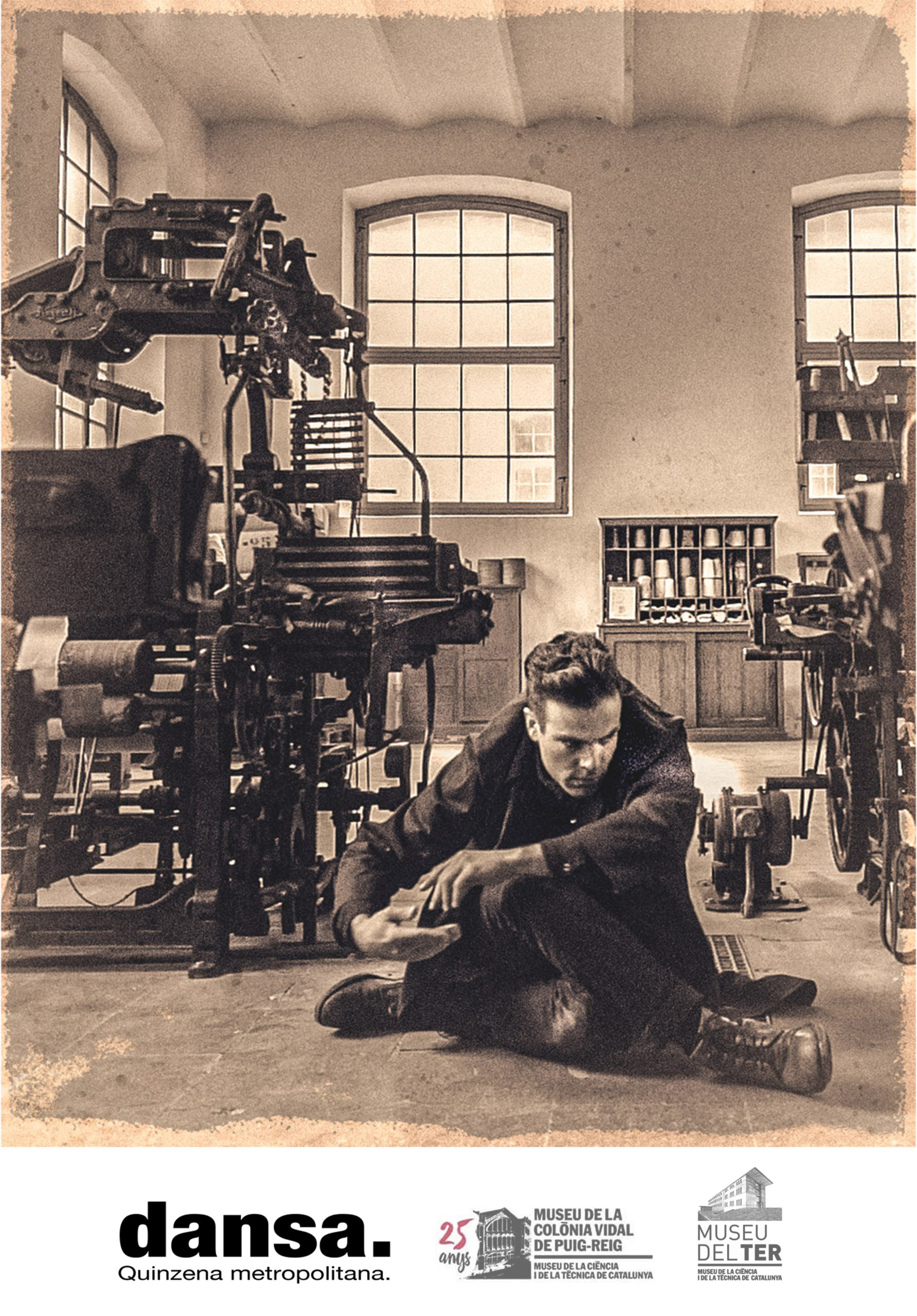